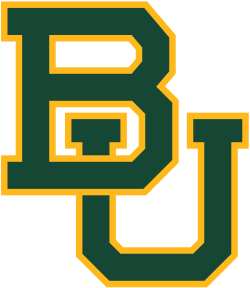 Current betting odds list Baylor Football at 20 to 1 to win the Big 12 conference in 2019. That would place them in the middle of the pack. Those odds are available at several top sportsbooks.

Baylor went from one win to a bowl win in Year 1 to Year 2 of Matt Rhule. The Bears had a losing record in the Big 12, but they were competitive in most games, highlighted by almost winning at Texas in the middle of the schedule.

The next progression for Rhule is to compete near the top of the standings, which could be tough with Oklahoma and Texas still a notch above everyone else.

A lot of Baylor’s hopes depend on the improvement of quarterback Charlie Brewer, who had a decent sophomore campaign, completing 61.5% of his passes for 19 touchdowns and nine picks, to go with 375 rushing yards and seven more touchdowns.

He struggled in the losses and that’s what has to change this season. He loses his top wide out, but Denzel Mims (784 yards, 8 TDs) and Chris Platt (511 yards) are still there, though there are numerous underclassmen in the waiting for bigger roles.

The backfield is mostly set as well with Trestan Ebner (413 yards) and JaMycal Hasty (434 yards) expected to split carries.

The question is what the line can do. It’s been one of the weaker spots on the team in recent seasons and after some offseason re-positioning, the hope is that they can gel a little more and protect Brewer better.

The other part to improving is on the defensive side that returns the majority of players from a group that allowed 31.2 points per game. Those numbers aren’t terrible, especially when you consider Baylor gave up 27 points to Abilene Christian and 40 to Duke early in the season.

The line should improve thanks to Bravvion Roy and James Lynch, two players that need to lead the way up front. However, senior linebacker Clay Johnston is the reason to expect improvement now in his third season in the middle.

The betting odds for Baylor football total season wins was set at 6.5. Bettors pounded the over. While it still sits at 6.5, the money line attached to that prop is now -245! Guess we aren’t the only ones who think 8 wins is possible.

The secondary returns experience and plenty of speed, but that doesn’t matter if the best passing teams in the conference continue to gash them.

Baylor should open the season 3-0, which is one win better than a year ago. To surpass four wins in the Big 12, the Bears have to win home games against ISU, Tech and WVU because it closes the season against OU and Texas.

Of course, outside of the Sooners and Longhorns, everything is slightly unknown in the conference. WVU has a new coach and OK State fell off last season. Ideally, the Bears will steal a couple road wins, though the trip to Kansas may not be as easy as it used to be.

If the offensive line can work things out and Brewer takes another step under center, this team has the pieces to reach eight overall wins in the regular season. The returning talent is there, they just have to put everything together.