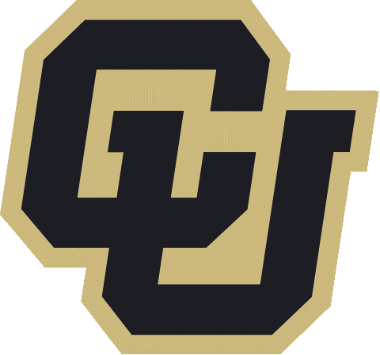 The Colorado Buffaloes season win total betting line for the 2019 college football season is set at over or under 4.5 wins. Early bettors are favoring the under.

It was a sour goodbye for Mike MacIntyre, who took Colorado to the Pac-12 title game two years ago to only finish with back-to-back five-wins seasons and seven straight losses.

The Buffaloes turn to Mel Tucker, who has never really been in a bad situation, serving in defensive roles at Georgia and Alabama since 2015. However, he has a rebuild on his hands.

Tools in Place for the Offense

New coordinator Jay Johnson at least has tools to work with after spending the last two seasons at Georgia as an offensive analyst for quality control (former OC at Minnesota and Louisiana).

Quarterback Steven Montez is the best of those tools even if the numbers don’t show it. He has three years of starting experience and showed improvement en route to 23 touchdowns (19 passing) and nine interceptions last year.

It didn’t help that he got little help from the ground game that averaged 3.8 yards per carry. Running back is a bit unknown with Alex Fontenot (11 carries) the expected starter, though he’ll likely share time with a couple others.

Montez’s mobility helps after rushing for 432 yards last year (sacks not included), but he’s a better passer. The line is still young, but improvement is expected with OK State grad transfer Arlington Hambright expected to help at left tackle.

Similar to the offense, the defense has some playmakers to build around with end Mustafa Johnson (7.5 sacks), inside linebacker Nate Landman (15 TFL) and outside linebacker Davion Taylor (10 TFL).

Depth a Concern for the Defense

Overall, this group wasn’t bad last year, allowing 27.3 points per game. The front seven is composed of transfers and underclassmen so it’ll be hard to project where they’ll finish, but the secondary has a bit more experience.

Delrick Abrams and Dante Wigley provide a good base at corner, while safety will be a rotation of younger players. Colorado has some high-level guys to plug in, but depth could be a concern all season for DC Tyson Summers (formerly at Georgia, Georgia Southern).

Bowl Game May be Out of Reach

The Buffs opened last year with five-straight wins then completely fell apart. It’ll be hard to match that start, especially against an improved Nebraska and trip to ASU, but at least three wins are possible before the game at Oregon.

Even if that’s the case, finding a couple more wins on the schedule could be difficult with none of their Pac-12 road games seeming winnable outside of UCLA. To reach five, they’ll have to steal one at home against USC, Stanford or Washington.

There’s a chance the Buffs have a winning record after the first five games of the season, but that’s a tall ask for a team that has questions on the offensive line and in defensive depth. Montez is a good starting point, yet a bowl may be out of reach for Tucker in his first season.