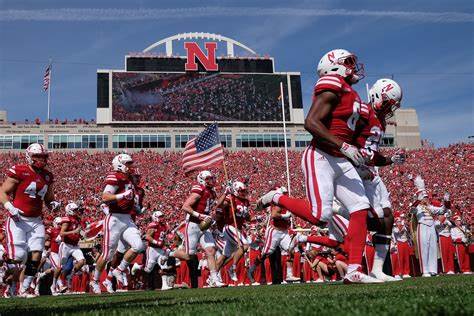 Remember when Nebraska was ranked? Yeah, it was a long time ago. The Cornhuskers should at least get to a bowl game this year, though are barely favored at home against Indiana. The Huskers were -2.5 point home favorites with an over/under of 52 as of Wednesday.

This spread is a combination of two things: Indiana has actually been good this season and Nebraska has been pretty bad. The Hoosiers just won at Maryland last week despite losing their starting quarterback in the middle of the game. Their offense has been able to score on everyone but Ohio State and that’s a good selling point.

The positive for Nebraska is that its only home loss came against OSU and it beat Northwestern in Lincoln a couple weeks ago. That said, they beat Northwestern 13-10 and have scored 27 points in the last three games following their 42-38 win at Illinois.

The good news is this matchup should be similar to that Illinois result because neither defense can be trusted. The Hoosiers have better overall numbers, but that’s because of a bad non-conference slate.

In addition to the OSU game, they gave up 40 to MSU and 28 to Maryland. If Nebraska can’t hit 20 points in this game, it’ll be yet another downgrade for Scott Frost and his team.

The good news for the Huskers is that they had a week off and got to rest their injured players. The bad news for bettors is that it’s still unknown if Adrian Martinez is ready to return from a knee injury and backup Noah Vendral is also questionable.

This offense hasn’t been that good under Martinez, but he’s a boost over Vendral and third stringer Andrew Bunch. If Martinez starts, the Huskers should be able to keep up on the scoreboard, but the others are another question and part of the reason they’re barely favored.

Either way, they’ll try and get running back Dedrick Mills going after rushing for 54 yards on 19 carries in the last two games. That’s an upsetting stat and Indiana’s run defense has been decent this season.

On the other side, Nebraska has yet to stop a competent offense and that’s what IU brings to the table. Michael Penix is questionable with an arm injury, but backup Peyton Ramsey opened the season as starter and has plenty of experience.

The QBs have combined for a 70.1% completion rate on 8.1 yards per attempt with the help of a deep receiving corps led by Whop Philyor. Penix adds a bit more mobility out of the backfield, but running back Stevie Scott has also been strong, averaging 5.2 yards per carry.

With Nebraska allowing 187 rushing yards per game, it’s likely Scott will see a similar dosage to the last two contests.

If Martinez starts, the Huskers should get some love in the betting world, but even then, they’ll be hard to trust. The Hoosiers should move the ball no matter who is at quarterback and that’s a good advantage to have.

Indiana has covered its last five following an ATS loss, while Nebraska has failed to cover in its last four overall. These teams have played each other once since 1978 with Nebraska winning 27-22 in 2016.