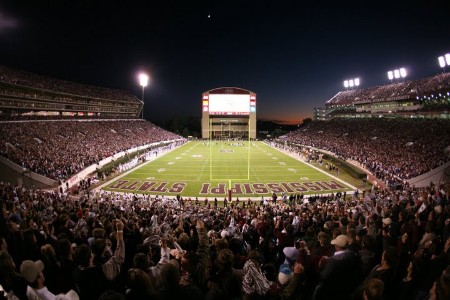 Kentucky (2-1) heads into Starkville, Mississippi with their tail between their legs after blowing a 21-10 4th quarter lead to Florida’s backup QB. While Mississippi State (2-1) also heads into Saturday’s matchup trying to recover from a tough loss, where they also blew a lead in the 4th quarter to Kansas State.

The key for this matchup will be turnovers as both quarterbacks, Tommy Stevens (Miss State) who threw 2 interceptions last week, and was benched for true freshman Garrett Shrader, and Sawyer Smith (Kentucky) had 3 interceptions last week as he took over the starting job after Terry Wilson tore his patellar tendon and will miss the rest of the season.

Who Starts at QB for Miss State?

It is not known who will start for Miss State, but Shrader who looked good as he led the team on a 12 play 79 yard drive where he ran the ball in for the score, finished with 82 yards rushing and 51 yards passing.

You may have also seen his more famous rush last weekend where he dove for a first down and was hit and spun high in the air like a helicopter that went viral over twitter instantly.

Kentucky’s offense was rolling early with Sawyer Smith, as he accounted for all 3 touchdowns, two passes (26 & 13) along with a 2 yard TD run. He does have some experience as he appeared in 12 games last year for Troy, while leading them to a 42-32 win in the Dollar General Bowl against Buffalo, before transferring to Kentucky.

Miss State clearly prefers to run the ball, led by Kylin Hill, who leads the SEC in rushing yards this season, with 431 yards and a very impressive 6.6 yards per carry.

Miss State has dominated this matchup lately, having won 8 of the last 10 games, but Kentucky has won 2 of the last 3, including a decisive 28-7 win last season, easily covering the 9.5 point spread.

This season the Bulldogs come into Saturday as 7 point favorites,  but take that with a grain of salt as they are only 1-2 this year ATS. While Kentucky is 3-0 ATS thus far, covering as 9.5 point underdogs last week against Florida.

Both teams are averaging over 32 points per game; while giving up over 23 points, these teams stack up pretty evenly, I can see this game coming down to a kick late to win it.