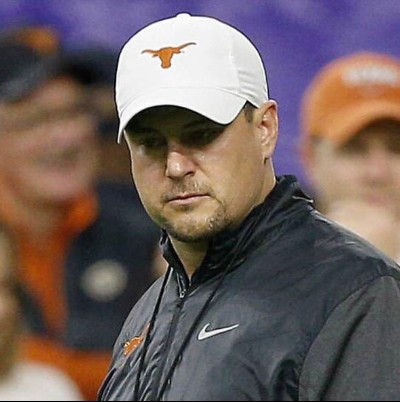 LSU visits Texas this week in college football betting action and are currently a -6 point favorite at 5 dimes sportsbook. The total is 55.5. LSU opened as low as -3.5 (betonline).

The first week of games did nothing to take away from the importance of this matchup. Both LSU and Texas have hopes of reaching the College Football Playoff, but it likely can’t be done without a win in this game. The Tigers were early -5.5 point road favorites with an over/under of 55.

Longhorns Gave Up 340 Thru Air to La Tech

LSU is getting a lot of love because of the SEC and the opening 55-3 win was impressive, especially as a 27-point favorite. However, there was still one aspect that didn’t go to plan for the Tigers as they managed 122 rushing yards on 3.7 yards per carry.

Against a good defense, those numbers would be fine, but when you score a touchdown on your first five possessions, one would think the rushing numbers would be better. Sure, it was good to see Joe Burrow running the show, but Texas is a different test.

Burrow may well be improved from last season, but it’s still important to consider his numbers against good teams last year, at one point failing to throw a touchdown in four straight games against Florida, Georgia, Miss. State and Alabama. Combine that with this being a road game and it won’t be easy for LSU.

It also can’t be overlooked that Texas was just as good in the opener, covering by double digits even after allowing a couple late touchdowns in the 45-14 win. The Longhorns gave up 340 passing yards to a pass-heavy Louisiana Tech team so that’ll be something to consider, but maybe not put too much into. Defense was the question for Texas last year and it probably will be again.

Maybe the best thing going for the Longhorns is that their head coach Tom Herman thrives in the underdog role. The other part is that Sam Ehlinger may be one of the best quarterbacks in the country, providing a consistent arm as well as mobility.

Of course, similar to Burrow, production is far from guaranteed against elite defenses, which is what LSU has. Ehlinger had trouble at times against better defenses last year and it wouldn’t be surprising if that pops up. However, in an expected close game like this, he rarely forces passes after tossing five interceptions last season, which could be a big help.

The Tigers might have the better overall team, but giving more than five points on the road feels like a lot, especially given Herman’s track record of pulling off upsets. Throw in a viable offense led by Ehlinger and running back Keaontay Ingram, and the Longhorns have the ability to stay competitive.

Sure, Burrow could really open up a Heisman campaign with a big outing here, but after what he did in big spots last year, it’ll be tough to throw money at him after one game against a bad defense.

Read our season previews for LSU and Texas