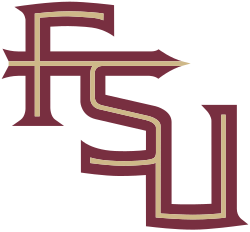 It’s another year with a Florida State-Miami game that has minimal implications as both teams come in sporting 4-4 records. That won’t stop it from being competitive, which seems to always be the case. The Seminoles were -3 point home favorites early in the week with an over/under of 47.

The last five meetings between these teams have been decided by a combined 15 points. Whether that’s because they’ve both been bad or good at the same time doesn’t really matter.

This one has all the makings of another close one because neither team has the ability to pull away. Neither team has a win streak of more than two games which is about everything you need to know about them.

Miami continues to stay in games because of its defense, but this is just its third true road game of the season. The best way for the Hurricanes to win will be on the defensive end where they’re allowing 106.1 rushing yards and less than 20 points per game.

Florida State has had its moments offensively, but it’s also lacked consistency, seen in the 22-20 loss against Wake Forest.

Highlighting that inconsistency is FSU’s quarterback battle which continues on between James Blackman and Alex Hornibrook. Blackman started the season, but Hornibrook may have stolen the starting gig after leading the way in a 35-17 win against Syracuse last week.

Of course, Syracuse isn’t a very good football team so it remains to be seen how much that performance means. That said, Hornibrook’s numbers are better across the board, averaging 8.7 yards per attempt for six touchdowns and one pick.

Of course, Cam Akers is what makes the offense go with 917 yards and 12 touchdowns on 5.3 yards per carry. Miami’s strong suit is stopping the run so that matchup could be what decides the game. When Akers can’t run over the opponent, FSU usually struggles to top 30 points.

The Seminoles have a worse defense, allowing 444 yards per game, but that may not matter in this game. Not to mention, outside of the Clemson loss, they’ve been much better, allowing 24 points or less in their last four. That doesn’t help a Miami offense that rarely scores above 21 points.

The ‘Canes also have a quarterback issue on their hands as it looks like N’Kosi Perry might be benched after a couple down outings in favor of Jarren Williams, who has slightly better overall numbers, averaging 8.2 yards per attempt.

Either way, this offense has struggled no matter who is under center because the line can’t block anyone, allowing 33 sacks in eight games. There is a chance the ground game finds some success against FSU, especially if DeeJay Dallas returns from injury because he’s averaging a stout 6.7 yards per carry.

Miami has either won or been within seven points in every game this year and there’s no reason why that streak will end. Florida State may have the better offense, but its defense can be exploited. Plus, Miami’s defense will be a big challenge for Hornibrook, even at home.

Miami has failed to cover its last four following an ATS win, while the under has hit in Florida State’s last five overall. The under is 7-1 in the last eight meetings between these schools and the road team has covered the last five.