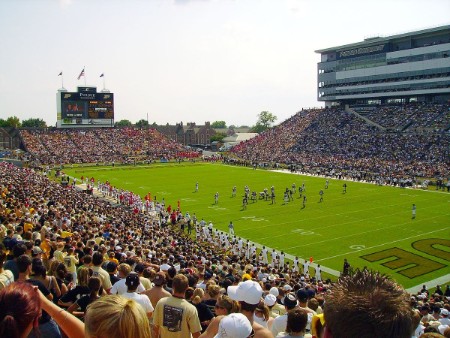 Before betting this game, make sure to find the status of Purdue quarterback Elijah Sindelar, who missed the last game with a concussion. His status was up in the air and likely won’t be revealed until a day before the game, if not the day of the game. That being the case, Minnesota was a small -2 point road favorite early with an over/under of 53.5 against Purdue.

While backup quarterback Jack Plummer was bad against TCU, some of that can be attributed to the defense played. And even if Plummer gets another start, Minnesota hasn’t looked overly good in its first three games, winning them by a combined 13 points. At least, that’s how it looks on the surface.

The home team has won eight of the last nine games between these teams, but it’s hard not to look at last year’s 41-10 win for the Gophers, which came in November. Neither quarterback could complete passes, but the Gophers controlled both lines of scrimmage en route to an almost 200-yard advantage in terms of rushing yards.

The problem with backing that stat this year is that Minnesota isn’t rushing the ball as well. Top running backs Rodney Smith and Mohamed Ibrahim have struggled to get going with neither above 4.3 yards per carry.

Even worse is that quarterback Tanner Morgan has been sacked 11 times and that’s taken the team YPC down to 2.6 ypc. That being the case, Morgan has been the most important piece to the offense in the early season, averaging 9.7 yards per attempt.

While last year’s game was all about dominating on the ground, Morgan could be asked to air it out a little more in this one.

The issue for Purdue is that it’s struggled in every area defensively. It was torched through the air by Nevada and then run over by TCU last game. While this game is at home, trusting that defense won’t be easy, especially if Plummer starts.

Simply put, the Boilermakers need Sindelar in this game or Plummer has to show massive improvement between games. That’s mostly because this offense hasn’t been able to run the ball on anyone, averaging 2.1 yards per carry as a team.

Top running back Zander Horvath has just 91 rushing yards on 2.9 ypc. Sindelar was the offense in the first couple games and while getting the ball to Rondale Moore usually works, he was bottled up against TCU and Plummer couldn’t find him as much as Purdue needed.

Minnesota’s defense dominated this matchup last year and has a chance to do so again. The only reason the Gophers are allowing more than 30 points per game is because opposing offenses have either had short fields due to turnovers or fluky things have happened like fumble returns for touchdowns. This is still a good defense and if Morgan doesn’t turn the ball over, they should be a problem for Plummer (or Sindelar) all game.

Given how Plummer looked in his first start, it’ll be hard to take Purdue if he gets the call again. Minnesota’s defense looks bad on the surface because of the points allowed, but diving deeper shows that this is still a solid group.