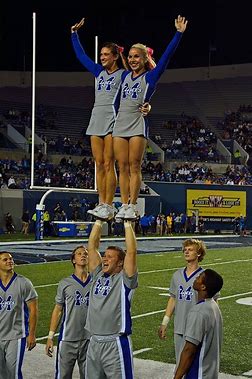 If Memphis wants to make another AAC title game, it can’t lose this matchup, something it did a year ago. Both teams come into this game undefeated, but Memphis is projected to be on another level and opened as an -10.5 point home favorite at 5 dimes sportsbook.

Navy got a surprise win when these teams played early last season. Memphis had the bigger plays, but Navy methodically stayed around and got a couple late touchdowns to win 22-21 despite being down 21-9 entering the fourth quarter.

The Tigers ran for 233 yards on 9.7 yards per carry with a lot of those yards coming on a 78-yard run. The Midshipmen were a little more consistent and while they only averaged 3.6 yards per carry, they went for 264 yards in the triple option.

That triple option is the reason Navy could keep this game competitive again, which is what has happened the last two years (lost 30-27 in 2017). This will be Navy’s first true test of the season, but Malcolm Perry is plenty experienced in this system and won’t be fazed by the matchup. He leads the team with 184 rushing yards while Nelson Smith and CJ Williams have been the top tail backs.

The other end is a similar question because Navy’s defense has yet to be tested, allowing a similar 227 total yards per game. The Midshipmen managed just three wins last year as their defense fell apart and that’s part of the reason why Memphis is a two-touchdown favorite.

The Tigers are a little more balanced and can move the ball on the ground or by air. Quarterback Brady White may not be elite, but he’s averaging 10 yards per attempt in the early season and that’s happened because they’re averaging 4.9 yards per carry as a team.

Led by running backs Kenneth Gainwell and Patrick Taylor, they’ve been able to rush the ball against everyone, including Ole Miss in the opener. If the Midshipmen can limit that rushing attack, they’ll be in business.

Of course, you’d be betting on a Navy defense that gave up 33.5 points and 191.5 rushing yards per game last year. The Tigers are the safer team to back according to the numbers, but if the Midshipmen can run the clock and hold onto the ball, they could be competitve, similar to previous matchups.

Navy has covered its last four conference games and Memphis is 6-1 ATS in its last seven in the AAC. Navy is 3-0-1 ATS in the last four meetings between these teams.