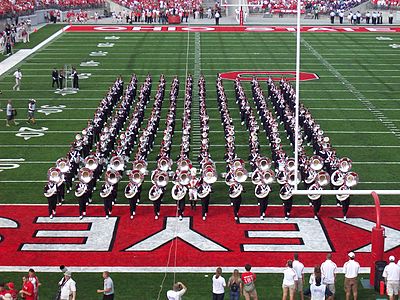 There are questions surrounding Ohio State football after Urban Meyer’s departure, but that’s not seen in the odds as the Buckeyes are still favored to win the Big Ten.

Ryan Day, former offensive coordinator, takes over and also has to work in a new quarterback among other things, including new coaches on both sides of the ball.

This team was on the edge of the College Football Playoff last year and may have to improve to get there, though still had the Fourth-best odds in the spring at +875 to win it all at 5Dimes Sportsbook.

The big news Ohio State got in the spring was that Justin Fields was deemed eligible. The five-star recruit played in a backup role for Georgia last year, so his potential has yet to be unveiled on a collegiate level. That said, not many are worried about him given his odds to win the Heisman. The receiving Game lost some talent, but there’s still plenty to work with.

The biggest question for this group is on the line where Four starters are gone. There’s talent in the waiting because it’s Ohio State, but finding a starting five and gelling them together is never easy.

Defense is an area that needs to improve to ensure the Bucks don’t get blown out unexpectedly by inferior teams, which has been the case the last couple seasons. They gave up 400 yards per Game last year, which isn’t a good number given the talent. The line is the best group, which isn’t surprising, with returnees Chase Young and Jonathon Cooper on the ends, in addition to Robert Landers up the middle.

Linebacker wasn’t fully determined in the spring, but it’s likely Tuf Borland and Malik Harrison will hold onto starting positions. There is talent in the OSU secondary, but it didn’t put things together last season.

Cornerback Jeffrey Okudah has the tools to be elite, while top safety Jordan Fuller didn’t practice all spring. This group has to work together a little better, which is the goal for new coordinators Jeff Hafley and Greg Mattison (at Michigan 2011-2018).

Can the Buckeyes Win Without Urban Meyer?

The expectations are huge because it’s Ohio State, but it wouldn’t be surprising if it was another disappointing season not in the CFP, especially in the first year under Day. The Schedule should feature an early 5-0 record, which is aided further by home Games against Michigan State, Wisconsin and Penn State.

The Bucks could easily slip up at Nebraska or Northwestern, but the trip to Ann Arbor could be the deciding factor for an undefeated season. Then again, they could surprisingly lose somewhere else on the Schedule, which has been the case in recent years.

If the defense struggles to hold down opponents and the offensive line takes a step back, there will be a couple chances for OSU to get upset along the way.