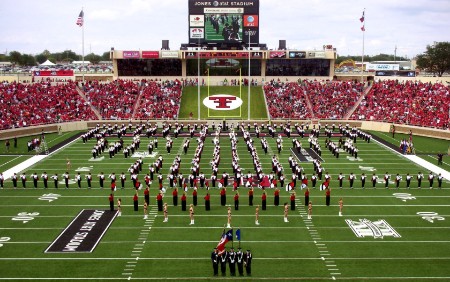 Once again, Mike Gundy has put together a team that you can’t completely overlook in the Big 12. While Oklahoma State may not win the conference, they’ll battle in every game and be a nuisance to better teams.

The same can’t be said for Texas Tech after its most recent loss, which is why the Cowboys were a -10 point road favorite with an over/under of 62.5 as of Wednesday.

The main thing when looking at this matchup is that this isn’t the same Texas Tech team as past years. So while the Red Raiders have covered the last three meetings and scored 41 points in three of the last four, that number can almost be thrown out the window.

New head coach Matt Wells has different ideas for this team and it’s unlikely to come to fruition this season, which is why they’ve totaled 30 points the last two games, one of which was against a bad Arizona team.

As for OK State, it battled and almost beat Texas on the road, while controlling most of the game last weekend against Kansas State. The spread is kind of high for a road favorite in this conference, but Tech hasn’t looked good against anyone other than UTEP and Montana State.

It’s still unknown how good Tech’s defense is because outside of the loss to Oklahoma, it has been solid. We’ll get a better idea after this game against an OK State offense which looks a bit different than previous versions.

Running back Chuba Hubbard has been the guy with 938 yards and 10 touchdowns on 7.3 yards per attempt. Considering he ran for a ridiculous 296 yards against a decent K State defense last week, there’s no reason to bet against him.

The running game is enhanced by mobile quarterback Spencer Sanders, who has 380 rushing yards on 5.8 yards per carry. While his passing numbers don’t stand out (8 TDs, 5 INTs), he at least has success finding top receiver Tylan Wallace, who has 618 yards and six touchdowns on 28 receptions.

Again, Tech’s defense is still somewhat unknown, but it’s allowing 4.4 yards per carry, which is at least better than Kansas State’s number. Anyway you look at it, Texas Tech will have to score because no one has stopped the OK State offense and there’s no reason this will be the game.

Moving the ball consistently has been a problem for the Red Raiders as quarterback Alan Bowman is completing 65.6% of his passes on just 6.6 yards per attempt. While playing on the road may have had something to do with the last two games, it’s not like Arizona or Oklahoma are known for having elite defense.

The hope is that Bowman shows up in a return home and that’s the main reason to back the underdog. Still, they’ll likely lean on running backs Armand Shyne, SaRodorick Thompson and Ta’Zhawn Henry in an offense that averages 5.3 yards per carry.

That strategy could work because the Pokes haven’t been great against the run, allowing 165.8 yards per game. This defense may be better than it was in the opener, but if Oregon State can score 36 points on them, Tech should be able to do the same.

The Pokes have covered their last six overall and their last eight on field turf, while the Red Raiders have failed to cover in their last four against the Big 12. The road team is 5-1 ATS in the last six meetings between these schools and while other numbers point to Texas Tech, this isn’t the same team under Matt Wells.