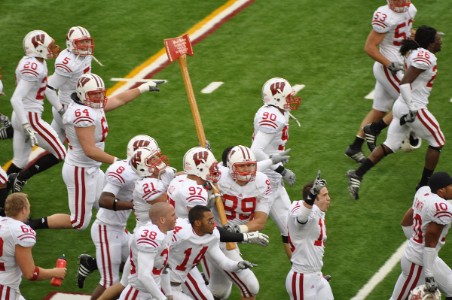 This could be deemed a lookahead game for Wisconsin (at Minnesota next week), but it’s also its last home game of the season so that may not be a problem. The Badgers opened as -23 point favorites for the matchup against Purdue in Madison.

Wisconsin hasn’t looked right since the loss to Illinois and this game probably isn’t as easy as it looks. Purdue may not get to a bowl game, but it has battled this season through a few quarterback injuries and has managed to win its last two, most recently on the road at Northwestern.

The Boilers have found ways to stay competitive and have covered all three of their Big Ten road games. It hasn’t been the same for the Badgers, who had trouble pulling away from Iowa a couple weeks ago and gave up 273 rushing yards to Nebraska last week.

Wisconsin’s defense is the question in this matchup because while it’s allowing 257.6 yards and 13.4 points per game, it’s allowed at least 21 points in each of the last four.

Purdue has an inexperienced sophomore at quarterback in Aidan O’Connell, but he threw for 271 yards at Northwestern in his first start, albeit at 5.4 yards per attempt. There’s at least hope for the Boilers to move the ball because it’s not like Northwestern is an easy place to play.

While there’s a chance O’Connell struggles and throws multiple interceptions again, he at least showed he could complete passes last game. Unfortunately, that’s their only path to success because they can’t run the ball, averaging 2.7 yards per carry as a team.

On the other side of the ball, Purdue’s defense has looked better in the last month, though there’s a chance that has to do with playing weaker competition. In a trip to Penn State earlier in the season, Purdue did little in a 35-7 loss.

The problem is that the Boilers are allowing 4.5 yards per carry and the Badgers could feast on that all game.

Jonathan Taylor isn’t going to win the Heisman, but he’s been awesome with 1,463 yards on 6.3 yards per carry for 21 total touchdowns (17 rushing). It’s likely Wisconsin will turn to him early and have no reason to take another route.

Similar to other games, quarterback Jack Coan will throw a touchdown or two, but he doesn’t need to have a good game and that’s why he hasn’t thrown for more than 173 yards in the last three contests.

If the Badgers can limit O’Connell in the passing attack, this one could be over by the first half. Sure, there’s always the chance for a back-door cover, but that’s usually hard to bet on against Wisconsin, who usually control the clock with their rushing attack.

The under is 4-1 in Wisconsin’s last five against a team with a losing record. The road team has covered the last five meetings between these teams, but the Badgers are 11-2 ATS in the last 13.