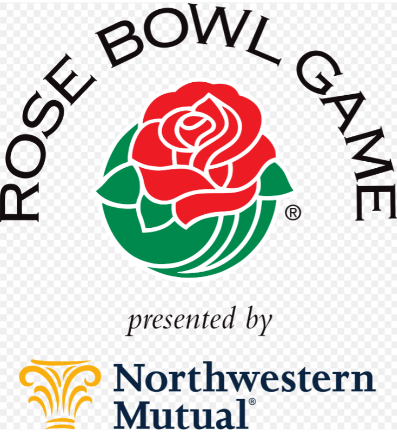 Wisconsin and Oregon both had CFP aspirations for a time and then bad losses killed them. They are built fairly similar, which means a close game is all but certain. The Badgers were early -2.5 point favorites with an over/under of 51.5 for the Rose Bowl in Pasadena.

Wisconsin looked like a legit CFP contender after it dominated its first six games of the season. However, a random loss to Illinois preceded a beat down at Ohio State and that was it. The Badgers were still a solid team in the second half of the season, but their defense struggled, giving up more than 20 points to teams like Nebraska and Purdue.

Oregon was similarly inconsistent and its season was kind of over before it started after the Auburn game slipped from its hands. The Ducks went on to win their next nine games, but losing to Arizona State happened out of nowhere. Their offense struggled early and then the defense couldn’t stop ASU, but then they put everything together in the Pac-12 title game against Utah.

Both teams have a strength in the trenches, so both sides of the ball will be competitive. Defensively, they are fairly similar as Wisconsin allows 16.1 points per game, 6.3 yards per pass and 3.4 yards per rush compared to 15.7, 6.1 and 3.2 for Oregon. The question is what offense will have more success.

The Ducks have to get a slight edge because of quarterback Justin Herbert, who completed 66.7% of his passes on 8.2 yards per attempt for 32 touchdowns and five interceptions. The NFL prospect didn’t have an amazing season, but he did enough to get his team to this spot with a trio of receivers in Johnny Johnson, Jaylon Redd and Juwan Johnson.

The offense was still all about riding the ground game between CJ Verdell (1,171 yards) and Travis Dye (655 yards), who both averaged more than six yards per carry. The most impressive thing from the Utah win was that Verdell carved up one of the best rush defenses in the country.

The main difference for Wisconsin is that it doesn’t have a future NFL quarterback at the helm. Jack Coan was serviceable, completing 70.1% of his passes on 8.4 yards per attempt for 17 touchdowns and four interceptions, but he simply didn’t come through when needed, especially in the losses.

Top receiver Quintez Cephus led the way with 842 yards, but late in the season, he was often the only one making plays. No matter, the offense is based around Jonathan Taylor, who closed his career with another dominant campaign totaling 1,909 yards and 21 touchdowns on 6.4 yards per carry.

If Oregon can contain Taylor just a little bit, that’ll be a vast advantage for the underdog. If neither one of these teams can get an edge on the ground, you have to go with Herbert over Coan, especially as an underdog.

However, the coaching matchup has to go to Paul Chryst, who has won all four bowls while at Wisconsin. Mario Cristobal’s bowl loss two years ago was his first game as head coach of Oregon, though he’s never been an easy coach to bet on in big games.

Our Pick – Great match up.

Our model predicts a toss up, which would have us leaning towards the underdog Ducks in this spot. As of this writing it’s just a lean and based strictly on the model.

We’ve been impressed with this Wisconsin team all year and as mentioned above, Paul Chryst has earned his money in Bowl games. We could easily make a case for either side here and thus, will be sitting this one out.