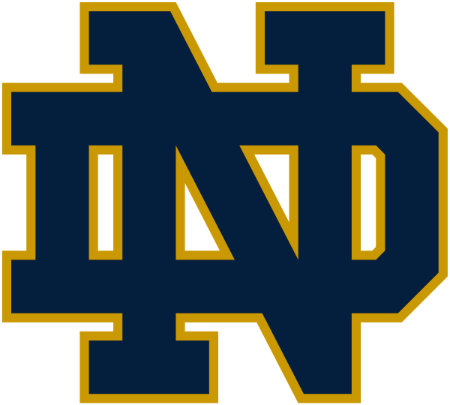 This is the matchup everyone has been waiting for, at least in the ACC. Both Clemson and Notre Dame sit undefeated atop the standings, but the headlines will be dominated by the absence of Trevor Lawrence, who tested positive for COVID-19 last week. Even without him, the Tigers opened as -4 point favorites and have climbed to -6 in spots as of Thursday. The total of 51.5.

Bet the game at Betonline!

After going down 28-10 in the first half against Boston College last week, Clemson turned things around and managed a 34-28 win. The Tigers maybe weren’t their dominant self, but they scored the final 24 points and their defense really turned things around, despite also having some absences.

The question is if backup quarterback D.J. Uiagalelei can repeat what he did in that win, completing 30-of-41 passes for 342 yards and two touchdowns to go with 25 rushing yards and another touchdown.

He’s not Lawrence, but he got the job done and didn’t turn the ball over. That’ll be the most important thing in this matchup, especially against a much better Notre Dame defense that is allowing 267.2 yards and 10.3 points per game.

Either way, running back Travis Etienne will again be the focal point with 606 rushing yards and 434 receiving yards for 11 touchdowns this season. Cornell Powell led the team with 11 receptions last week, but Amari Rodgers is still the top receiver.

Notre Dame’s defense has handled most competition this year, but a lot of that is because of schedule. It hasn’t faced a consistent offense yet and its worst game was against FSU, who garnered 405 total yards.

Even without Lawrence, Clemson’s offense is better than anything Notre Dame has seen this season and that’ll likely be the main reason more people back the favorite.

The other side of the ball has similar questions, mainly because Notre Dame’s offense has struggled with consistency, highlighted by them scoring 12 points in a win against Louisville.

Quarterback Ian Book has experience, but his numbers have lacked without a top receiving option, as he’s averaging 8.2 yards per attempt for seven touchdowns and one interception, a poor rate for six games.

The Fighting Irish have won games because of their rushing attack led by Kyren Williams, who has 600 yards and seven touchdowns on 5.7 yards per carry. As a team, they’re averaging 5.1 yards per carry.

The problem is that Clemson is still Clemson and has one of the best defenses in the country. Even after giving up 28 first-half points to BC last week, it allowed just 2.0 yards per carry. For the season, the Tigers are allowing 2.7 yards per rush and if that run defense stands strong in this matchup, it’ll put Book in a difficult situation.

It’s easy to give Notre Dame the advantage because Lawrence is out, but as seen last week, that may not be enough. Clemson’s defense remains a strong suit and if Uiagalelei plays it safe, it’ll be hard to go against the Tigers in this spot.

This game obviously lacks two main ingtrdients. One, Trevor lawrence and Two, a sold out stadium. You simply can’t underestimate what 80,000 fans bring to the table in a game like this.

Our model has Notre Dame winning straight up in a low scoring game, 21-16 and that’s with Trevor Lawrence in the lineup.

We think there may be some value with the Irish here.