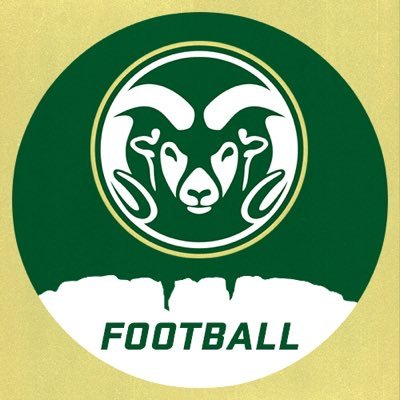 After a few bowl appearances, Colorado State struggled to seven total wins over the last two years of Mike Bobo’s tenure. Enter former Boston College coach Steve Addazio, who made a bowl in six of his seven seasons at BC.

Partly because of schedule, the Rams had an early preseason over/under around 6 and 6.5 wins with +20 to 1 odds to win the MWC.

The good news for Addazio and offensive coordinator Joey Lynch (formerly Ball State) is that there should be talent to work with after averaging 437.2 yards and 28.1 points per game.

They probably won’t pass as much as prior teams given Addazio’s history of a run-first guy, but there should still be plenty of airing it out.

Quarterback Patrick O’Brien (8.3 ypa, 13 TDs, 7 INTs) may not have the job locked down due to Temple transfer Todd Centeio, but he’ll have the leg up. The hope is that a line that returns just two starters keeps things tight in a new system.

Given those options, this offense may be more pass-heavy than Addazio’s BC teams ever were. As for the rushing attack, Marcus McElroy (370 yards, 3 TDs) and Jaylen Thomas (222 yards) should see the bulk of carries.

The defensive side actually improved for the Rams last year allowing 377.4 yards and 31.2 points per game, and new coordinator Chuck Heater will hope to improve even more. He has experience all over the country, namely at Colorado and Florida, and he’s already worked with Addazio.

Run defense could remain an issue, but three starters are back up front including end Manny Jones to go with the addition of Miami transfer Scott Patchan. It’s a similar case at linebacker and in the secondary with loads of experience returning.

The most exciting pieces may be on the back end where senior safety Logan Stewart leads the charge and upcoming sophomore corners Keevan Bailey and Brandon Crossley provide excitement.

It’d be nice if Colorado State could get a win over Colorado in Addazio’s first rivalry game, but that may be asking too much. Of course, it’d also help if the Rams didn’t start 0-2 with a trip to Oregon State after that.

The early schedule is where the wins should come because November is about as tough as it gets in the MWC with trips to SDSU, Air Force and BSU. Given that schedule, it’ll be hard to bet on them for seven wins, but six wins are definitely on the table if the players can learn the new schemes under new coaching.

That said, the players on both sides of the ball are there for improvement and reaching a bowl is more than possible for Addazio in his first season in charge.