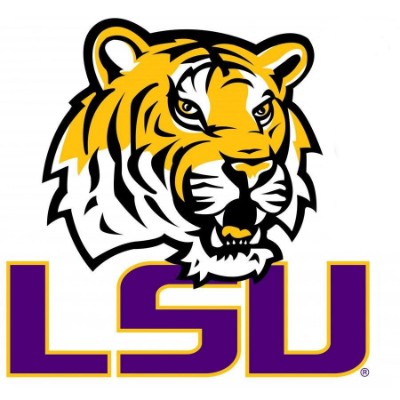 LSU is coming off one of the best seasons ever and has a big target on its back given that success. Mississippi State is changing things up entirely, moving onto Mike Leach, a proponent of the pass-heavy Air Raid offense.

At this point, no one knows if that will work in the SEC, but that didn’t stop the Tigers from opening as a -17 point home favorite with an over/under of 55 at MyBookie.

Quarterback Joe Burrow and coordinator Joe Brady are gone, but that doesn’t mean LSU is going to have a losing record. Ed Orgeron is still there and the Tigers still have tons of talent. That said, it’s hard to see this being the same team as a year ago, especially after averaging close to 50 points per game.

New quarterback Myles Brennan has attempted just 70 career passes and a lot of talk is that he’ll run a bit more than Burrow. It doesn’t help Brennan that top receiver Ja’Marr Chase opted out of the season so Terrace Marshall will be the top guy after going for 671 yards and 13 touchdowns last year.

It wouldn’t be surprising if they took more of a run-first approach with a trio of running backs all set to get touches. Chris Curry, Tyrion Davis-Price and John Emery all provide something different and could eventually be what leads this offense.

Either way, it’s hard to put too much into last year’s result when LSU won 36-13 behind four touchdowns from Burrow.

In addition to a mostly new offensive line for LSU, the Miss. State defense returns just four starters to go with a new coordinator from San Diego State who runs a different system. These teams look different on the surface and that leads to a lot of unknowns.

The same goes for the other side of the ball because Bo Pelini takes over as LSU’s defensive coordinator and Mississippi State is running the Air Raid with a former Stanford quarterback. Maybe the only thing that’s known between these teams is that the Bulldogs will probably pass a ton.

The biggest advantage in this game may be K.J. Costello because he has three years of experience at Stanford, albeit injuries limited playing time. At his peak, he tossed 29 touchdowns on 8.6 yards per attempt two years ago.

While receivers like Osirus Mitchell, JaVonta Payton and Austin Williams will all see an uptick in targets from last season, Kylin Hill will still have a huge role in this offense even in a pass-heavy scheme. The running back ran for 1,350 yards and 10 touchdowns last year and will likely see much more than the 18 receptions he had.

LSU is favored because of what it did last year, but this is far from the same team. Against a different team, LSU may not be favored, but given Mississippi State’s inexperience under Leach, it’s hard to gauge what they’ll do with Costello at quarterback.

Still, the 17 points seem like a large number between two teams with new coaches and quarterbacks.

So many unknowns here. Obviously, with Burrows and several other familiar faces gone from the LSU roster, things will be different this year. They are talented, but they won’t approach last years success.

Unfortunately for Miss State, their changes are even more drastic. With Mike Leach coming in and completely changing the offense, combined with no spring practice and all of the COVID uncertainty, who knows what we’ll see on Saturday.

We have to take the wait and see approach here. We’ll observe this one. Perhaps a lean towards LSU -16.5.