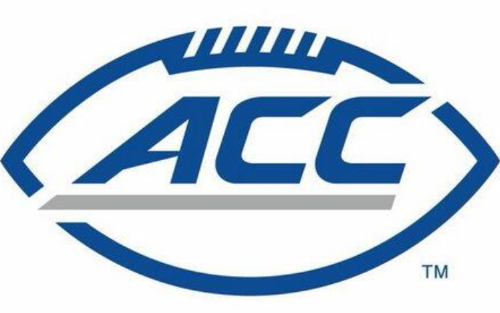 While star QB Trevor Laurence is now in the NFL Clemson is still loaded and they are the major betting favorites to win the ACC for the seventh season in a row.

Here is a look at the top contenders to win the ACC this season.

Laurence and star RB Travis Etienne but Clemson is still stacked and the big-time favorite to win the ACC. D.J. Uiagalelei takes over at QB and has a huge upside and his health is key, as backup Taisun Phommachanh suffered an injury in the spring and likely out for the season. Freshman RB Will Shipley could be a star and Justyn Ross will lead a strong WR corps after missing last season with an injury.

The defense is loaded as well, and the Tigers’ defensive line may be the best in the nation. Clemson has led the ACC in fewest yards per play in the last eight seasons and they have the talent to make it nine in a row.

UNC has improved with the two years Mack Brown has been at the helm and QB Sam Howell is a Heisman dark horse. The offensive line is legit, and the skill positions are set and have some possible breakout stars in WR Josh Downs, transfer RB Ty Chandler, and stud freshman WR Gavin Blackwell.

The defense returns eight starters and Storm Duck and Tony Grimes may be the best CB duo in the ACC. There is talent on D but they gave up too many plays last season and gave up 29.4 ppg.

Houston transfer D’Eriq King takes over at Miami, who oddsmakers have battling it out with UNC for the Coastal Division drown. The WR corps is a good one, but the offensive line and RB position may be an issue. The O-line gave up 30 sacks last season and the Hurricanes only averaged 4.2 yards per rush.

The defense should be solid against the pass, but the run defense may be an issue again after the team gave up an average of 174.5 rushing yards per game last season.

NC State is loaded at the WR and RB positions and for the Wolfpack to improve on their solid 8-4 season they will need solid play from QB Devin Leary, who missed the last seven games due to injury.

The team returns nine starters on defense and the LB unit is strong with Payton Wilson, Isaiah Moore and Drake Thomas all returning but the Wolfpack still gave up an average of 31.3 ppg in ACC play last season. While NC State hosts Clemson they hit the road to play Miami and Florida State.

Louisville struggled last season going 4-7 and they need QB Malik Cunningham to return to his 2019 form. The offensive line should be solid last season and the RB corps is solid but there are issues in the WR corps with Tutu Atwell and Dez Fitzpatrick gone. RB Jalen Mitchell may be poised for a breakout season and while the Cardinals’ defense improved in the second half last season their pass rush is a concern and they nearly gave up 180 rushing yards per game.

The Hokies are only one game over .500 in the last two seasons and while the team has talent there are also some big question marks in Blacksburg. QB Braxton Burmeister has a trio of solid options in the WR duo of Tre Turner and Tayvion Robinson and TE James Mitchell. The Hokies will need a RB to step up to take over for the departed Khalil Herbert.

The defense will be led by DE Amare Barno (6.5 sacks last season) and CB Jermaine Waller, but they have to improve upon last season where they gave up over 180 rushing yards per game and 32.1 ppg.

FSU only went 2-6 in the abbreviated season last season, and they have not been a national power for a few years. They brought in many transfers last season and the biggest is QB McKenzie Milton from UCF. Jashaun Corbin and Lawrance Toafili should be a solid RB duo, but the team is thin at the WR corps.

On defense the Seminoles gave up 36 ppg and several key transfers on that side of the ball hope to turn things around.