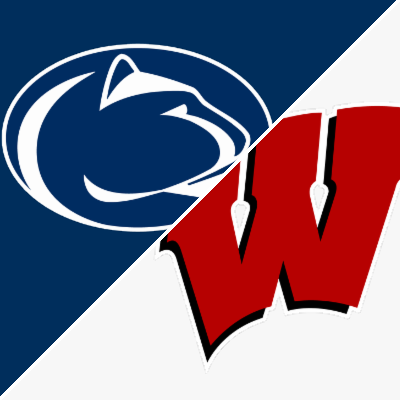 The Big Ten season starts with a bang, as two top-25 teams meet on the opening weekend. Playing at home, Wisconsin was an early -4.5 point favorite with an over/under of 52.5 at MyBookie.

Penn State has won the last few meetings, but playing in separate divisions, they don’t see each other every year and there’s little reason to look at the 2018 result for this game.

Jonathan Taylor and Miles Sanders are long gone, though neither team has been able to replace either running back with a stand-out performer.

The Badgers are rated slightly higher entering the season mostly because they’re believed to be the team that dominated the first two games last year before falling apart.

In that two-game stretch, they throttled Michigan 49-11 and then partly because of COVID-19, never really looked right again.

Their season will likely fall on quarterback Graham Mertz, who battled some growing pains in his first year. But with a full offseason and another stout offensive line in front of him, better things are projected.

The same goes for everything else in the offense, as that’s what happens when quarterback play improves. Jalen Berger could be the breakout running back Wisconsin has needed after averaging five yards per carry on 60 totes last season.

Tight end Jake Ferguson remains, while receivers Kendric Pryor and Danny Davis are both expected to make a jump to help Mertz.

If things go to plan, Wisconsin will be able to score on Penn State. While there was a pandemic, the Nittany Lions struggled a lot without stud linebacker Micah Parsons. They should still be a good group, but a lot of work has to be done with progression expected after some bad results last season.

On the other side, all of the hope goes to quarterback Sean Clifford, who enters his third year as the starter. His numbers fell off last year, averaging just 7.5 yards per attempt for 16 touchdowns and nine interceptions, something he’ll have to improve if PSU wants to battle in the Big Ten.

If he can figure some things out, this offense could be elite. The line should be better and the skill players can all shine from running backs Keyvone Lee and John Lovett to receivers Jahan Dotson and Parker Washington.

Playing in Madison in the opener is a tall order, especially against a defense that returns eight starters, but there’s a chance Clifford and company can do enough to stay competitive.

The Badgers get the edge playing at home, but they didn’t show much late last season that suggests they can blow out quality teams.

This game should be close if Clifford doesn’t have a turnover problem, but then that means you’re betting on Penn State as an underdog against a hungry Wisconsin team in their home opener following a pandemic season.

Penn State has won 4 in a row in this series and 6 of the last 8. Considering they are stacked and picked to be one of the most improved teams in the country, there’s no reason to think they can’t win this game on the road at Wisconsin.

We think this one is decided late. So, we’ll grab the +5 and be happy to have those in our back pocket as the games heads deep into the 4th quarter, still in doubt.