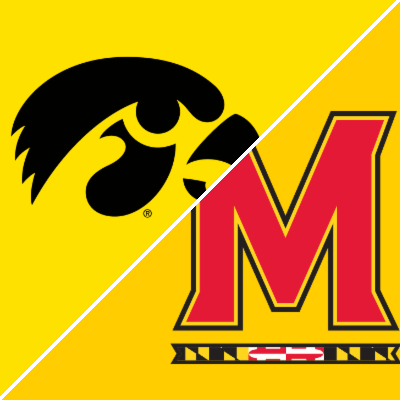 How good are these two undefeated Big Ten teams? Iowa and Maryland meet Friday night and not many know what to make of either team. The Hawkeyes opened as early -4 point road favorites with an over/under of 46 points.

There is a general thought that Iowa is the best team in the West division and while that may be the case, recent results bring in some questions. They struggled to get past Colorado State last weekend and while the Indiana and Iowa State wins looked great at the time, that may no longer be the case.

Maryland doesn’t have the same stand out wins, but it still beat West Virginia and got past Illinois late a couple weeks ago.

In their lone similar matchup, the Terps beat Kent State 37-16 last weekend and the Hawkeyes beat them 30-7 a week before that. That result probably doesn’t say much outside of Iowa having a better defense, the main reason they’re favored in this spot.

The Hawkeyes haven’t allowed more than 17 points in a game, allowing just 271 yards per contest, 84 of those being on the ground. Some of that is due to competition, but they absolutely dismantled Indiana and ISU, forcing three interceptions in each of those games. While Iowa is great at stopping the run, they’ve also been able to limit quarterbacks.

This is probably the first real challenge of the season for Taulia Tagovailoa, who had 10 touchdowns and one interception after totaling seven and seven last season. Even though they struggled to score against Illinois, he still threw for 350 yards in that game, so it’s hard to argue the numbers.

He’s completing 75.5% of his passes on 9.1 yards per attempt with Dontay Demus leading the receivers at 446 yards and three touchdowns. Building off that, running back Tayon Fleet-Davis is averaging 7.1 yards per carry for 311 yards and four touchdowns.

Maryland’s offense has been great, but the level of competition can’t be ignored. They may have the best offense that Iowa has faced this season, but Iowa annually has one of the better defenses in the conference.

There are similar unknowns on the defensive end because while the Terrapins are allowing 14.3 points per game, they don’t usually have a relevant defense. They also gave up 458 yards to Kent State, so they aren’t at the same level of dominance as Iowa.

Of course, the Hawkeyes are less explosive offensively, as quarterback Spencer Petras is averaging just 6.4 yards per pass and completing less than 60 percent of them. They’re averaging 3.3 yards per carry as a team (sacks included), with running back Tyler Goodson at 4.6 yards per carry and five touchdowns.

At some point, the lack of offense will catch up to Iowa. Even in the win against Kent State, Petras managed just 209 yards on 5.8 yards per attempt.

Unless the Hawkeyes turn into a good offense overnight, the Terps should be in this game most of the way, especially at home under the lights.

This is a perfect spot for an upset if Tagovailoa can continue his early success and they can at least get something going on the ground. Iowa is undefeated and maybe the favorite in its division, but if the offense doesn’t pick things up, winning the division will be difficult.