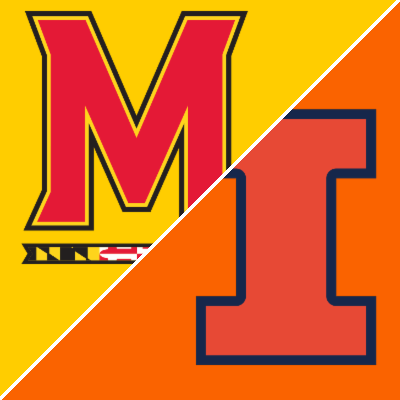 Illinois will host Maryland under the Friday night lights on September 17th. The game is scheduled to kick off at 9 PM EST and can be seen on FOX Sports. The Terps are a -7.5 point road favorite with a posted total of 59.5.

Of the two teams, Maryland had the more successful 2020 season. They were 2-3, beating Minnesota and Penn State and they were competitive in their losses.

The Illini on the other hand, were able to compete with Purdue and beat Rutgers and Nebraska, but they couldn’t come within two TD’s of anyone else in their 2-6 2020 season.

Terps off to Hot Start

Maryland is off to a 2-0 start. They beat West Virginia two weeks ago, 30-24 and crushed Howard University 62-0 last week. They have this game against the Illini this week and then play Kent State next week. A 4-0 start for the Terps is looking like a very real possibility.

The Illini started their season at the end of August by beating Nebraska for the 2nd year in a row, 30-22. But things have gone down hill from there. They lost to UTSA 37-30 and then were crushed by Virginia last week, 42-14.

Illinois will get QB Brandon Peters back this week. He left the Nebraska game early with a shoulder injury. Peters transferred from Michigan, where he saw playing time, after the 2019 season.

While things look bleak for Illinois, a win here would make them 2-0 in conference play. The Illini are hoping Peters gives an added spark to the offense but it’s very difficult to put much faith in their defense against a potent Maryland offense after watching this team through 3 games.

We think you’ll see a much better effort from Illinois this week after last weeks blowout loss. Playing under the Friday night lights in front of the home crowd won’t hurt.

But ultimately, we lean towards Maryland here at -7 or less. They simply appear to be the better team based off last season and in the early going in 2021.

Rather than a play on the side here though, we’re going to play this game over. Illinois hasn’t prove they can stop anyone yet and Maryland can score.