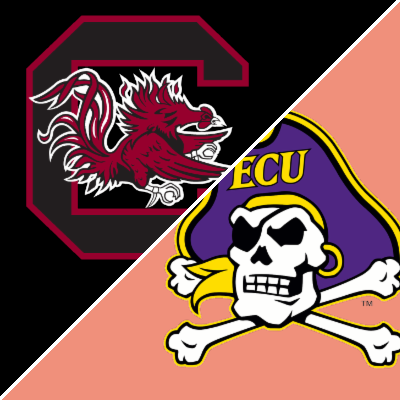 East Carolina hosts South Carolina on Saturday September 11th. Kickoff is scheduled for 12 noon EST and the game can be seen on ESPN2. Currently BetUS has South Carolina favored by 2 with a total of 56.

This game features two teams coming off similar 2020 seasons. South Carolina was 2-8 while East Carolina was 3-6. Both teams were blown out by the best teams they played and there were very few bright spots along the way.

Shane Beamer – The Son of A Legend

Shane Beamer takes over as head coach for South Carolina. If the name sounds familiar, that’s because he is the son of long time Virginia Tech coaching legend, Frank Beamer. Beamer and his coordinators do lack experience in their new roles, which is certainly worth noting.

Both teams return plenty of talent but it’s East Carolina that gets the nod in that department, returning 10 on each side of the ball.

East Carolina opened as a -2.5 point favorite but South Carolina has been getting the majority of the betting action. Though as we write this on Wednesday we are seeing some -1’s pop up.

We agree with the line move here. This is one of those games where you have to take into account the conference each team plays in. South Carolina, playing in the SEC, simply recruits the better talent. That will never change.

East Carolina has played 23 games against SEC opponents dating back to 1983. They are 4-19 straight up in those games.

We are a little worried about Shane Beamer and his coaching staff. This is a big stage for them. But we think they get it done here against East Carolina.