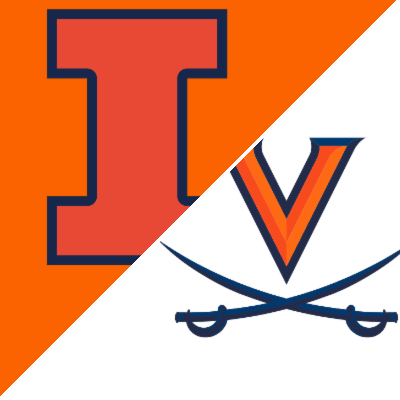 Illinois will visit Virginia this week as double digit underdogs to the Cavs. The current betting line has Virginia favored by 10 with a total of 55. The Cavs opened as -11 point favorites but the early action has all been on the Illini.

You still have time to register for one of the best NFL contests online. Check out MyBookie for details

The Illini have started the season 1-1. They beat Nebraska for the the 2nd year in a row in their first game, then lost last week to UTSA, 37-30. Virginia opened their season last week with a 43-0 tune up win over William & Mary.

Ilinois was 2-6 last year. Aside from that win over Nebraska, they also beat Rutgers 23-20. But the Illini simply couldn’t compete against the rest of their Big 10 schedule. They were handled easily by every opponent.

Note that Illinois QB Brandon Peters Left the Nebraska game with a shoulder injury. iN his absence, Art Sitkowski has thrown for 390 yards, 5 touchdowns, and 0 interceptions.

Virginia started the year 1-3 last season before waking up and winning 4 in a row. Among those, a 44-41 shootout win over #15 North Carolina. They then dropped their final game to Virginia Tech, 33-15.

Both of these squads are stacked with returning starters. A quick glance back to last season shows us that neither of these teams had much of a defense while at the same time, both were able to put points on the board.

Both Teams Likely to Have Success Offensively

The same looks to be true, at least for Illinois so far in 2021. We can’t read too much into the William & Mary game for Virginia, but at the very least, it looks like their offense will be on track.

Our model has Virginia winning this game by more than 10 in a game that approaches 60 total points. We’re going to only partially agree with out model here. We agree with the game going over.

However, we think Illinois will be able to have some success offensively against a defense that wasn’t very good a year ago. Illinois having played two games already also works in our favor here.