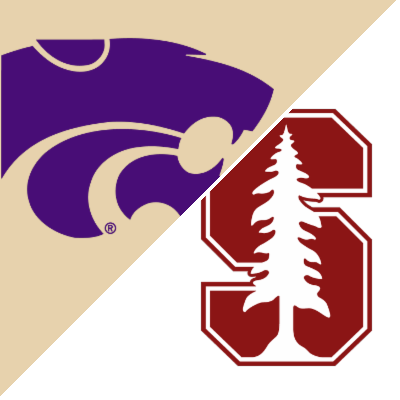 Kansas State will battle Stanford on Saturday September 4th in what will be the first game of the 2021 season for both teams. Betonline posted lines on July 1st and since that time the number on this game has seen both teams favored at one time or another by a point or two.

The game will take place at a neutral site, AT&T stadium in Arlington. As of this writing on 8/20, Kansas State is favored by 2 with a total of 52.5.

A Tale of Two Seasons

For Kansas State, 2020 was a tale of two seasons. They started the season with an upset loss to Arkansas State, but then rattled off 4 straight wins over the likes of Oklahoma, Texas Tech and TCU.

They unfortunately lost QB Skylar Thompson during that stretch, setting up a rough 0-5 stretch run. Not that losing Skylar was the reason for the terrible finish. After all, when the defense gives up 37, 45 and 69 points in blow out losses to West Virginia, Iowa State and Texas, it’s hard to blame the offense.

Stanford only managed to get in 6 games last season and had to spend a lot of time away from home due to covid protocols. But their season was quite the opposite of the Wildcats.

After dropping their first two games, Stanford rattled off 4 straight wins, beating #22 Washington and finishing the year with a wild double OT win over UCLA, 48-47.

Our Model Tells the Story

We ran our model using data from last season, first with full season data and then with data from the last 7 games only. The results should surprise no one.

Stanford came together as a team despite obstacles last year. Kansas State on the other hand, fell apart. That’s worrisome. Something was broken with Kansas State and we don’t think it was the loss of a QB.

We’re going to side with the Cardinal here to continue that momentum from a year ago while Kansas State searches for answers.

Bet the game with reduced juice at BetAnySports!