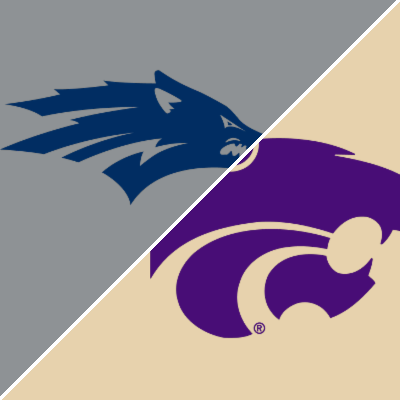 Nevada visits Kansas State on Saturday afternoon, September 18th. Kickoff is set for 2 PM EST with the Nevada Wolfpack favored by -2. The game can be seen on ESPN+.

This is without a doubt one of the more intriguing games on the board this week. Until now it would have been unheard of to see Nevada favored on the road against a successful Big 12 program.

Kansas State has had some very successful seasons over the last decade or so and while last year wasn’t great at 4-6, they still knocked off one of the best teams in college football, the Oklahoma Sooners.

Kansas State also beat TCU and went toe to toe with Oklahoma State. True, they were blown out by Iowa State and Texas but they were dealing with some injuries the 2nd half of last season, including QB Skylar Thompson who missed the 2nd half of the year.

As luck would have it for the Wildcats, Skylar Thompson went down with an injury last week and will miss the Nevada game. Will Howard will once again take over for Thompson, but this time around, he has a year of experience under his belt.

Nevada was 7-2 last year with a win over Tulane in their Bowl game. They also played San Jose State tough in a 30-20 loss. The rest of their schedule though was against weak MWC opponents with losing records.

Both of these teams have beaten one good opponent and one cupcake. Nevada beat Cal and Kansas State beat Stanford.

No Doubt the Wolfpack have the QB edge in this game, but that’s true just about every time they take the field. Nevada QB Carson Strong has been pegged by many to be a top 3 pick in the NFL draft. Many suggest #1 actually. Regardless, the kid can flat out play.

But Kansas State is going to pound the ball and they may be licking their chops as the Wolfpack gave up 5.7 yards per rush to Cal. Run the ball, move the chains, keep Carson Strong off the field. He can’t beat you from the sidelines.

We’re on the home dog here to pull the upset.