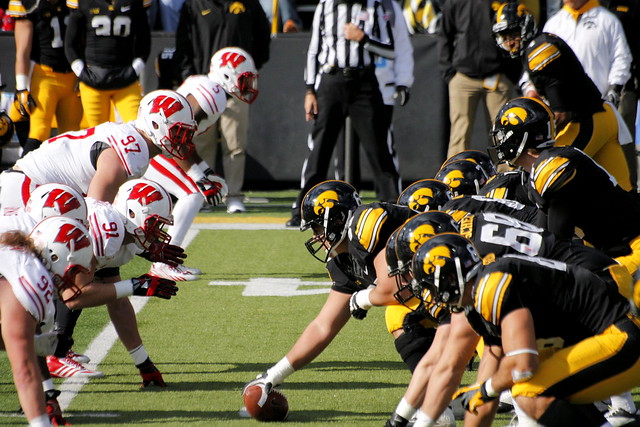 The Iowa Hawkeyes are currently listed at betting odds of 25 to 1 to win the Big 10 Title in 2019. Their season win total betting line is over or under 7.5 wins. The Hawkeyes hope to ride a solid defense all the way to the Title game.

Iowa remains a relevant team in the Big Ten under Kirk Ferentz, but hasn’t been able to take another step since a Rose Bowl appearance in 2015, losing four conference games last season to finish with a 9-4 overall record, including a bowl win over Mississippi State.

With quarterback Nate Stanley entering his senior season, the Hawkeyes are looking to make the Big Ten title game, but that’ll only happen if the defense keeps things going.

Stanley is just 9-9 in the Big Ten as the starting quarterback, but he’s still in the Iowa record books for touchdowns (52) in a two-year span. He threw 26 touchdowns and 10 interceptions on 7.2 yards per attempt last year, but he lost both tight ends to the first round of the NFL Draft.

His top targets will likely be wide receivers Brandon Smith, Ihmir Smith-Marsette and Tyrone Tracy, but new starting tight end Nate Wieting will likely carve out some kind of role.

Running back is set with Mekhi Sargent (745 yards, 9 TDs) and Toren Young (637 yards, 5 TDs) still around, but it’d be nice if the Hawkeyes could average more than 4.0 yards per carry as a team.

They’ll lean on a line that returns three starters with the other two spots expected to be taken by seniors. The offensive line is usually one of the best units for Iowa and its improvement will be key in having a chance to win the division.

Defense May Be Down a Notch

Defensively, the Hawkeyes probably won’t reach last year’s numbers, giving up 290 yards and 17.4 points per game, but they’ll still be elite. A.J. Epenesa (10.5 sacks) is a pure playmaker at end and Chauncey Golston can cause a nuisance on the other side, as well.

The tackles are new, but expected starters are seniors and ready for bigger roles. The ends will help the defense force turnovers, while the linebacking corps will keep things stable.

They return three guys with decent experience, including sophomore Djimon Colbert, who could soon become one of the team’s best playmakers. While they lost their stud safety in the secondary, the other three spots are filled with experience, including both corners in Matt Hankins and Michael Ojemudia.

The biggest test for Iowa will be overcoming its schedule, which includes a trip to Iowa State (opened +2).

The Hawkeyes have won the last four in that rivalry, but this feels like a year in which the Cyclones get back on track. Iowa gets five home games in Big Ten play, but drawing Michigan and Penn State from the East is tough and it’s possible it could lose all four road games.

Winning at Northwestern and Nebraska is possible, but maybe shouldn’t be projected. The Hawkeyes have the tools to finish with eight or nine wins, but any more is asking for too much.

Stanley should keep the offense stable with a solid line, while the the defense may take a small step back. This will be a good team, but difficult road games will likely hold it back from reaching double-digit wins in the regular season.