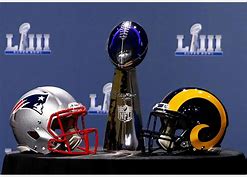 The LA Rams will take on the New England Patriots in Super Bowl L111 which will be played at Mercedes-Benz Stadium, Atlanta, Georgia. The Game opened as a pick em with a total of 59 but bettors quickly jumped on the Pats pushing the number to -2.5 as of 1/24. Bettors also determined the total was too high as that opener of 59 now sits at 57. Most believe we’ll see New England -3 by kickoff.

Remember, if you don’t have a strong opinion on the Game, there are literally hundreds of other wagers you may be able to find an edge with. The Super Bowl is Prop Bet Heaven and many of the lines on these props are soft. To get started, check out 5 dimes sportsbook along with Wagerweb

Let’s first take a look at Our NFL model’s predictions for the Game. We run 3 different predictions with Our model. One using data from the entire season, one using only the last 7 Games and one using the last 4 Games only. Here are the results.

We run the last 7 and 4 as it’s helpful to show current form. Obviously, by the time we get to this point, teams are not the same as they were in September. The above predictions show that the Patriots are potentially peaking at just the right time.

Another stat we like to look at in Our write ups is yards per point. Posted below are the full season ypp numbers as well as both teams away numbers.

Away yards per point

Betting percentages have become popular over the last decade as another means of analyzing Games. Years ago, if you were to get a hold of the office pool and tally up the percentages and simply bet against everyone else,  you could pretty much assure yourself a profit.

These days, bettors are a little more sophisticated. The internet changed the way we get Our information. Today, everyone has the same info. But betting percentages can still be used to potentially profit.

One popular method is to look for Games where a large percentage of bets have been taken on one team, yet the line moves the other way. This is generally an indication that the sharper money is on the same side as the line move.

It’s safe to say the sportsbooks around the world will be rooting very hard for the Rams on February 3rd.

This has been a unique year in the NFL. This season, more than any I can recall, it was the offenses that took center stage. There was pretty much zero talk about any teams dominant defense and that’s true in this Game. Both teams should have success moving the ball in this Super Bowl.

17 years ago, the New England Patriots went to the Super Bowl as 14 point underdogs to the Rams, at that time, of St Louis. They went into the Game with a coach who, to that point, hadn’t won anything, and a back up QB who was a 6th round draft pick and was only starting because of an injury to Drew Bledsoe. The Pats went on to win the Game and we have all watched what transpired since then.

I suppose it would be just as fitting if the Rams were simply losing bookends on each side of this incredible run. This should be a great Game in which both teams will have success offensively. A mistake here, a turnover there, should be the differeNCe. We went against the Patriots in  the first two rounds of the playoffs. We’ve learned Our lesson. Patriots -2.5