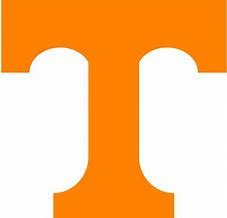 Tennessee was the only team in the SEC that didn’t have a player taken in the NFL Draft, which shows where the talent level is at after a 5-7 campaign that ended in bad losses to Missouri and Vanderbilt.

The Volunteers will try to make a bowl in Year 2 under Jeremy Pruitt with help from new offensive coordinator Jim Chaney, who comes over from Georgia. Their over/under opened fairly optimistic at 7 wins with early money on the under at 5Dimes Sportsbook.

Chaney has some prior experience in Knoxville, but that won’t help an offense that scored only 22.8 points per game.

All hope is on the shoulders of quarterback Jarrett Guarantano, who finished with 12 touchdowns and three interceptions last season, completing 62.2% of his passes on 7.8 yards per attempt.

The junior still has a lot of improving to do, but he should at least get some help after a healthy spring from top three wide receivers Marquez Callaway (592 yards), Jauan Jennings (438 yards) and Josh Palmer (484 yards).

It’s a similar situation in the backfield with Ty Chandler (630 yards) and Tim Jordan (522 yards) likely to split duties again.

Three players medically retired from the line in the offseason, but with some high-level recruits in the mix, there is improvement in sight after major struggles last year. The pieces are there to improve this offense and it comes down to whether Chaney can unlock them or not.

It’s a similar situation on the defensive side, though slightly better after allowing 27.9 points per game. A lot of talent returns to go with new coordinator Derrick Ansley (former Alabama and Oakland Raiders DBs coach).

Defensive line is the biggest issue due to a lack of depth, though Emmit Gooden and Aubrey Solomon (pending eligibility) could quickly turn into top playmakers.

Outside of Darrell Taylor, the linebacking corps was a revolving door in the spring, though true freshman Quavaris Crouch looks to have a big future for the Vols.

To help keep some consistency, the secondary is mostly the same with Alontae Taylor, Bryce Thompson and Baylen Buchanan the guys at corner and Nigel Warrior roaming around at safety.

Similar to the offense, the defense has the tools to take another step in the second year in Pruitt’s system, even if they have a new coordinator.

The question is if that will change Tennessee’s record. The early slate is a big help for the Vols as they should get out to three straight wins as long as they can get past BYU.

However, that could easily be followed by four straight losses with Georgia and Alabama among the competition. To reach a bowl game, the Vols can’t close the season like they did in 2018.

In addition to beating UAB, they’ll either need to take down both South Carolina and Vandy at home, or steal a road game at Kentucky or Missouri. None of those things are guaranteed, but six wins should be attainable for this squad if expected improvement happens, especially on the offensive end behind Guarantano and the slew of returning talent.