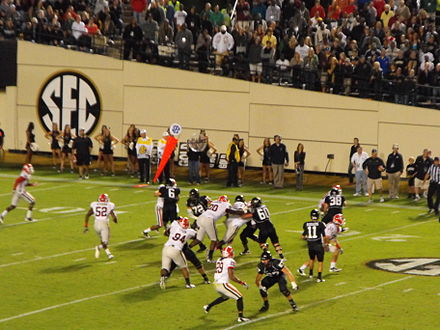 The #3 Georgia Bulldogs open their 2019 college football season on the road against Vanderbilt. Georgia is a 20.5 point favorite with a total of 57.5 at 5 dimes sportsbook. The betting action has been one sided with the Bulldogs getting most of the money.

Georgia is the 3rd ranked team in the nation and it is National Championship or bust for the Bulldogs. No non-conference contests in Week 1 for these teams, who are both in the SEC East.

The Bulldogs throttled Vandy last season at home beating them 41-13 covering the 26-point spread but in the last 10 games between these conference rivals each team has covered five times.

UGA went 11-3 last season missing out on a chance at the playoffs losing to Alabama by seven points in the SEC title game. While the Bulldogs have won 11 of their last 12 road games against Vandy they are 2-4 ATS in their last six games facing them overall.

The Commodores finished at 6-7 last season falling under .500 with their 45-38 loss to Baylor in the Texas Bowl. While Vandy is 5-0 ATS in their last five SEC games they did not cover facing Georgia and they were 0-4 last season facing top 25 teams.

The Dawgs are Stacked

Georgia is a stacked team that is led by Heisman candidate QB Jake Fromm. Actually, who may be a better Heisman bet is RB D’Andre Swift, who dealt with injuries last season and still rushed for 1,037 yards with 10 TD averaging 6.7 yards per carry and he also had 267 receiving yards.

The Bulldogs have THE best offensive line in the nation and they not only have Swift, but some highly touted backs. As usual UGA has a slew of big-time RB’s and the WR corps is a good one as well.

The Bulldogs have blown out the Commodores in the last two meetings where they racked up at least 549 total yards in each game.

Vanderbilt only ranked 94th in the nation in run defense last season, have some issues for that unit this season, and in last season’s bad loss to the Bulldogs they gave up 219 rushing yards and while Swift only had 50 rushing yards he only had seven carries.

Even with this game a week and a half away, at time of writing, Vanderbilt has still not named a starting QB. Returning junior Duece Wallace only has 22 career passes and Riley Neal has passed for 7,393 yards and 46 touchdowns in 32 career games, but that was at Ball State, which is far from a SEC caliber team.

The Commodores do have some talent on the outside with a WR corps led by a possible emerging star in Kalija Lipscomb. Jared Pinkney is one of the best TE’s in the nation and RB Ke’Shawn Vaughn is back after rushing for 1,244 yards last season.

Vandy needs to establish the run in this game behind Vaughn, who rushed for 79 yards on only nine carries in last season’s loss to UGA with most coming on a 43-yard run. Easier said than done against a loaded D-line for the Dawgs that ranked 12th in the nation last season in run defense.

Vandy may keep it close for a while, but they are simply overmatched by the much more talented Bulldogs.

The 3rd time will not be the charm for the Commodores, as even at home they will get beaten badly and Georgia will begin their title run winning and covering the spread in this early SEC contest.

Read our season previews for Georgia and Vanderbilt