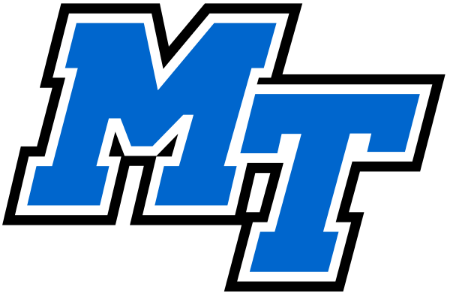 Bettors like Middle Tennessee to win under 5.5 games in 2019 according to the current posted odds. Currently the money line attached to the under is -130 while the over is +110.

Life after a four-year starting quarterback is never easy, especially when it’s the coach’s son. Middle Tennessee made the C-USA title game in head coach Rick Stockstill’s 13th year in charge, but couldn’t win the trophy and then was smashed by App. State in the New Orleans Bowl.

While the quarterback is new, there is still talent for the Blue Raiders to compete in the conference, though an over/under of 5.5 wins suggests they may miss out on a bowl.

Even with Brent Stockstill, MTSU’s offense struggled to find consistency last year, scoring 28 points per game. Determining the new quarterback is the first task for this offense, though it’ll likely be a question all season.

Replacing three studs on the line won’t help, either, even with center Josh Fannin still in the mix. While there are enough skill players returning, a new QB and mostly new line will be difficult to overcome.

While offense is somewhat of a mystery, the defense should be fine under another year of coordinator Scott Shafer after forcing the most turnovers in C-USA and allowing 25.3 points per game last year.

There are returning pieces at every level, though the line may have the biggest depth question even with tackle Malik Manciel and end Trae Philpots, both seniors.

The linebacking corps should be a standout unit again with DQ Thomas and Khalil Brooks on the outside, while safeties Jovante Moffatt and Reed Blankenship form one of the better duos in the conference. Cornerback is young, but the experience around them will help.

Somehow, Stockstill has yet to win a conference title even though he’s made a bowl in 10 of 13 seasons in charge. The non-title trend will likely continue, but MTSU should at least be headed to a bowl if it wins every game it’s supposed to.

A non-conference schedule that features trips to Michigan and Iowa will be difficult, but it was the same case last year. The Raiders get the unfortunate task of traveling to NTU in cross-division play, but the home game against Rice makes up for it.

If they want to reach more than six wins, winning at either FAU, WKU or Charlotte is a must. This team has been consistent under Stockstill, but with a new quarterback and line, it wouldn’t be surprising if they missed out on a bowl due to schedule.

If they don’t win every home conference game, they’ll need at least one road win somewhere and that’s hard to do with a new quarterback.

You can read previews of some of Middle Tennessee’s opponents below using the links in the schedule.