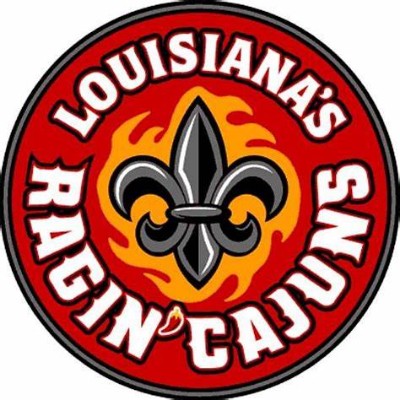 The season win total betting line for La Laffayette in 2019 is currently over or under 6 wins. Bettors have taken a liking to the over as the money line of -145 on the over reflects.

Billy Napier’s first year in charge at Louisiana Lafayette was nothing short of impressive. After opening with an over/under of 4.5 wins, he took the Ragin’ Cajuns to a 7-7 overall record and appearance in the Sun Belt title game.

Now with returning talent on both sides of the ball and one of the best recruiting jobs in the conference, more of the same is expected in 2019. However, they were still behind Arkansas State to win the West division with +320 odds.

Even with a new quarterback, the offense should be just as good after averaging 218.7 rushing yards and 31.9 points per game. Quarterback was probably the worst part of this group last year so whoever starts doesn’t have a big role to fill.

Last year’s backup Levi Lewis is the projected starter, though he has to fend off a couple transfers and freshmen. Either way, the offense will take the same kind of approach after averaging 5.7 yards per carry because the top three backs return in Trey Ragas (1,141 yards, 8 TDs), Elijah Mitchell (951 yards, 12 TDs) and Raymond Calais (78 carries, 9.1 ypc).

That strategy is possible because all five, fifth-year seniors are back on the line after starting every game last year. Ja’Marcus Bradley (557 yards, 10 TDs) will again be the top receiver with all of the running backs in the mix, as well as wide out Jarrod Jackson (17.3 yards per reception) in a bigger role.

To beat better teams, the defense has to do more after allowing 432 yards and 33.7 points per game. That should be possible with seven returning starters and a recruiting class that should help immediately along the line.

Zi’Yon Hill and Bennie Higgins are the top playmakers up front, while Joe Dillon returns from a hip injury to help Chauncey Manac at linebacker.

It’s less certain on the back end, but corner Michael Jacquet and safety Deuce Wallace are nice returning pieces. This defense improved as the season moved along last year and a better overall campaign is expected if they can stay healthy.

La Laffayette Should Compete Every Game

Outside of the opener, Louisiana should be competitive in every game this season assuming nothing crazy happens to the roster. The trip to Ohio will be tough and the other two non-conference games need to be wins.

The only question is if the Ragin’ Cajuns can win the West division again even with the road game at Arkansas State. To do so, they’ll need to show up for important home contests against teams like App. State and Troy.

This is a weird team to bet on because every position outside of quarterback is mostly set. Considering that didn’t hold them back last year, another six or seven wins are expected with more a possibility if the defense can get to another level.

Additional Previews lined below under schedule