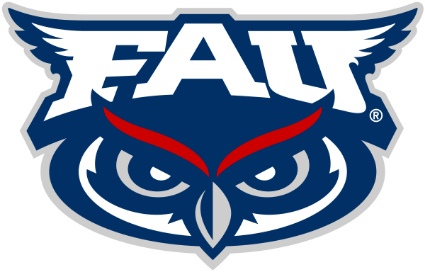 The Florida Atlantic Owls season win total betting line has been set at over or under 7.5 wins for the 2019 college football season. That prop has been getting balanced action on both sides since being posted over the summer.

Florida Atlantic has had some ups and downs in Lane Kiffin’s first couple years, winning 11 games in 2017 and then going 5-7 last season.

With a subpar passing game, the offense couldn’t do the same things last year and that led to some unfortunate losses in C-USA. The Owls are expected to finish somewhere between the last two years with an early over/under of 7.5 wins to go with the best odds to win Conference USA at +330.

While the offense was worse last year, scoring 31.1 points per game is still good for a school the size of FAU, especially with a redshirt freshman at quarterback.

However, Chris Robison (8.3 ypa, 12 TDs, 12 INTs) missed spring because of suspension and isn’t guaranteed to start with Nick Tronti (Indiana transfer) and Justin Agner (Kent State transfer) in the mix.

The other question is replacing running back Devin Singletary (1,348 yards, 22 TDs) with a slew of new options. Alabama transfer BJ Emmons and James Charles looked most likely to get carries coming out of spring.

The line will also be a bit newer with a couple underclassmen and juco transfers possibly starting on the right side. The offense could be better, but it still won’t reach 2017’s heights of 40 points per game.

If the offense can’t improve and the defense is equally as bad after allowing 31.8 points per game, reaching a bowl isn’t a given for this team. Kiffen got another DC in the offseason (three in three years), this time former OK State and Charlotte man Glenn Spencer.

He’ll need production out of some new faces because only five full-time starters return with a lot of underclassmen in the two-deep. The combo of seniors Noah Jefferson and Charles Cameron should help the rush defense, but they lack a consistent option to get after the quarterback.

Outside linebacker Rashad Smith is a good place to start, though new middle linebacker Akileis Leroy takes over for the school’s all-time leading tackler.

At the least, improvement is possible because the back end has potential with experience at cornerback in James Pierre and Chris Tooley, but also stand out safety Zyon Gilbert.

The early schedule is once again difficult for Florida Atlantic with two wins the likely number entering conference play. From there, it’s a mystery.

The Owls closed last season by losing at home to Charlotte and this year open C-USA play against them on the road. Win that and they’ll compete for the East division title. Lose and they could have trouble reaching a bowl again.

To help reach eight wins, the road schedule is one of the best in the conference with none of their opponents expected to reach a bowl. Of course, that means everyone they play at home is solid, including late games against FIU and USM.

The Owls should be better than a year ago, but to what degree? They should get to a bowl, yet anything more than that is a stretch unless Robison shows massive improvement at quarterback.

You can read betting previews for some of Florida Atlantic’s opponents using the links in the schedule below.